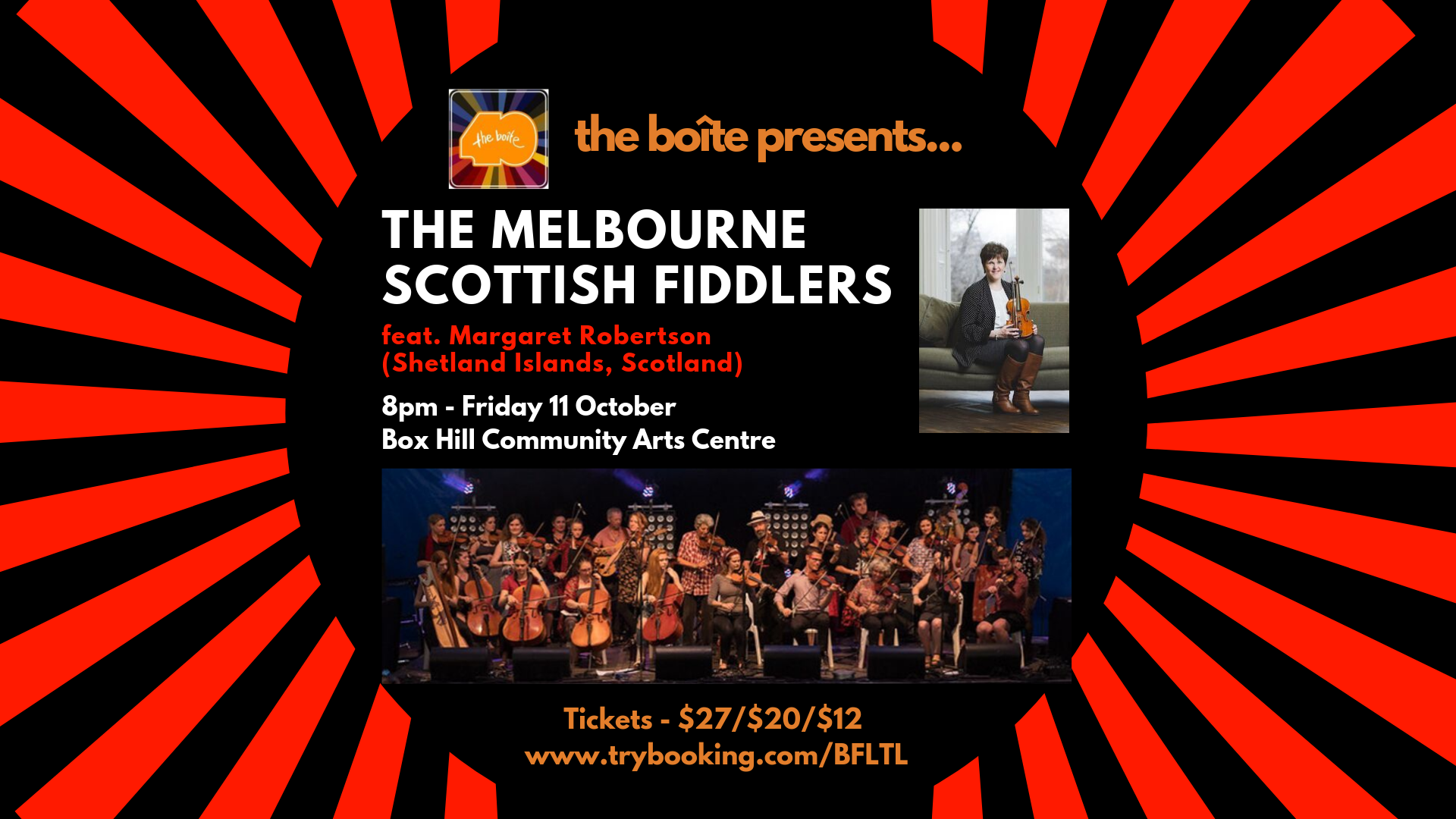 The famous Melbourne Scottish Fiddle Club will be performing songs from their new album 'Sea to Sky' in a rare home-town concert. The Club will be joined by the fiddler, pianist and composer extraordinaire, Margaret Robertson, all the way from the Shetland Islands off the north coast of Scotland.

Margaret is formidable woman and fiddler, and the club is very excited to be joined by her in between her committments across the globe as part of the Royal Edinburgh Military Tattoo. She will showcase the Shetland fiddle style (and accent!),  and lead the club with new repertoire drawing from the Shetland fiddle tradition - tunes both new and old.

Hosted by the Boite at the Box Hill Community Arts Centre, this will be an exciting concert for fans and friends of the fiddle, and celtic music in general. Don't miss out!