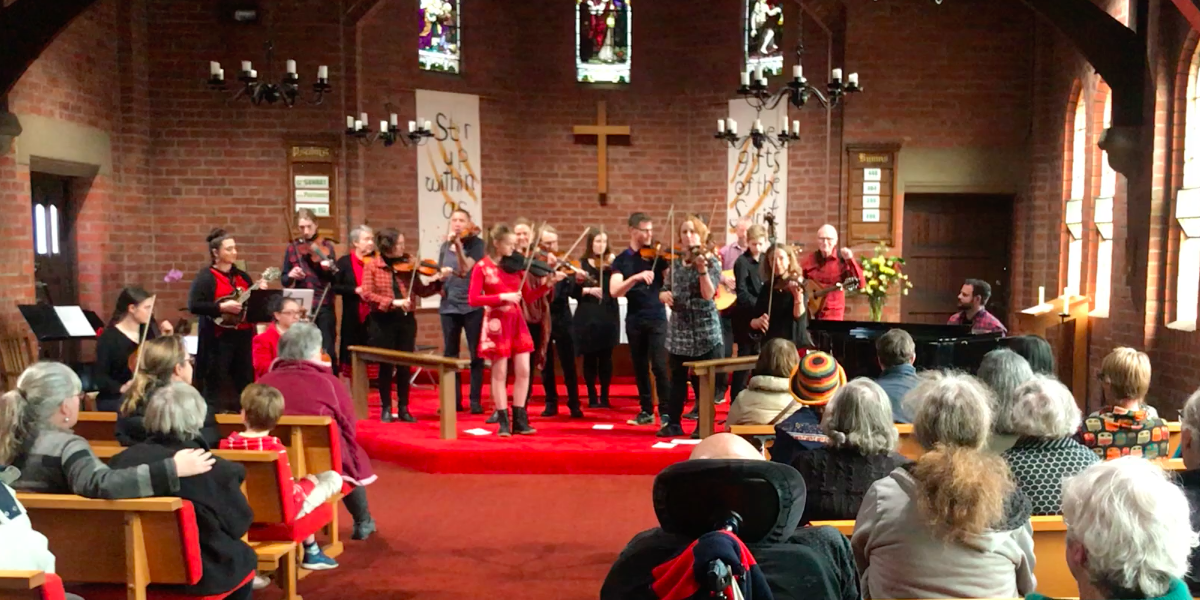 FOMS was started by Leonie Thompson in 2016 with a series to showcase the work of young emerging musicians and music students living locally. The aim was fourfold:
1. To give emerging musicians the opportunity to play in front of live audiences, something needed for exam preparation.
2. To be able to pay the musicians something for their efforts (rather than them having to pay for the use of a venue).
3. To offer live music to the local community.
4. Initially, to raise money for the purchase of a concert piano, something that would be needed for the series to continue. The piano was borrowed for the first year, and - with the help of a generous grant from the City of Moonee Valley - paid off by the end of the year, and the series has continued, with Natasha Lin taking over the organisation for the following two years while Leonie was living overseas, and now once again with Leonie in charge.

The fiddle club concert, which was the sixth in the FOMS series for 2019, featured sets from the recent 'Sea to Sky' CD with tunes new and old from as far afield as Scotland, the Shetland Islands, Sweden, and North America. It began with the rousing Munlochy Bridge set, included the two songs, and several recent pieces by club members and friends. Two pieces by the club's founder, Judy Turner, were supported by the fiddle club's impressive brass section. The concert finished with the Québécois set as an encore, and was followed, of course, with afternoon tea.